Those Pesky Millennials: Are Our Workplace Expectations Really So Bad?

Those Pesky Millennials: Are Our Workplace Expectations Really So Bad? 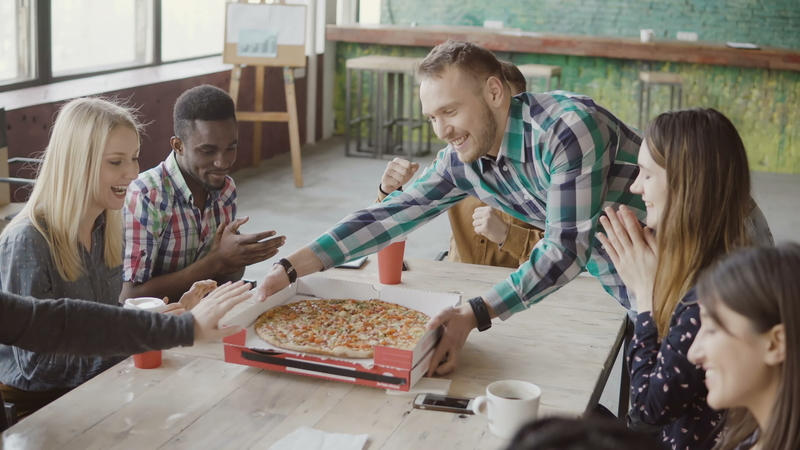 For a member of one of the older generations, even hearing the word “Millennial” can be enough to turn their nose to the air and send a deathly shiver down their spine. Though for many we are characterized as a sheltered and demanding bunch, are our wants and needs really so unreasonable when you place them beneath the magnifying glass and look at them for what they are? I argue that they aren’t. In fact, in this article, I will be demonstrating why, of all the generations, Millennials are hitting the nail right on the head with our metaphorical hammer of workplace justice.

Our understanding of the benefits of having a healthy “balance” between our work and our personal lives has grown so much that we’ve changed the term entirely. It’s time to embrace the fact that life no longer needs to revolve entirely around our careers, and that human beings shouldn’t be frowned upon for not wanting their jobs to define who they are. Instead of fighting to keep work and our personal lives separated from each other entirely, it has proved effective to allow the two to co-exist peacefully without the need for a career to be the dominant force; a time for work-life integration.

If you aren’t convinced by this, take Henry Ford’s introduction of the 40-hour work week in 1926, alongside paying his workers double the average pay at the time, as an example. This proved to boost morale, improve workplace productivity, and most relevant of all; the huge number of people opposed to this at the time, believing that it simply wouldn’t be viable, were wrong. Gone are the days when the more hours you work equates to your level of success. Whilst it’s easy to label millennials as spoilt or demanding for wanting the freedom to work healthier, more flexible hours than previous generations, Henry Ford proved that too much work and too little play is not only unnecessary but harmful for productivity and efficiency. So maybe, just maybe… those lazy Millennials have it right when it comes to wanting to play as hard as they work.

Expanding on the previous point, shorter workdays are becoming more and more the norm with every passing moment; something Millennials are both embracing and routing for. And though, once again, it’s easy to pass this off as laziness, it couldn’t be further from the truth. While the average worker is only productive for just less than 3 hours of an 8-hour work day, 6-hour work days proved to boost productivity by 54% and happiness by 20%. Pair this with the fact that the majority of Millennials are prepared to take pay-cuts to achieve a happier working environment, and the outlook becomes clear. Millennials don’t want more for less, but the very opposite. Happiness and career growth are more important than a paycheck and working standard hours, meaning Millennials are more prepared to be invested in their career for the right reasons – instead of just the money that goes into their bank accounts every month. Isn’t feeling happy and fulfilled in your career exactly what having a career is all about? Hint; the answer is yes.

It’s easy for Generation X to look into the past and remember themselves as a driven, thick-skinned bunch who made the best out of whatever situations they were given in their professional lives. But, in reality, they shared many of the same ‘negative’ traits that they associate Millennials with now – traits that don’t have to be seen as negative after all.

A perfect example of this is how Millennials are often considered to be ‘job-hoppers’, never happy with their career options and always giving up before they truly begin. However, as a recent study shows, the statistics between younger and older generations related to job-hopping in their earlier years are actually strikingly similar – and in some cases, Millennials are reporting to be sticking with their jobs for longer.

The most important thing to take from this is that it isn’t a competition. Factors such as level of education and how soon a college graduate gains employment after graduating are key when it comes to following the pattern of employee tenure. It has little to do with generational attitudes and more to do with individual circumstances, regardless of what time frame you happened to be born.

Ultimately, something we should all be prepared to embrace is that a new workplace is on the horizon. As we step into the modern age, our knowledge of healthy work environments and our ability to create them is something we should all eagerly seize with both hands. While it can be hard to break away from the past, a future where careers and workplaces are flexible, employers are health-conscious, and everyone has the room for growth really doesn’t sound like such a difficult thing to embrace… does it?