Manager Mistakes: Why Asking for Help is More Professional than Denying the Need for it

Manager Mistakes: Why Asking for Help is More Professional than Denying the Need for it 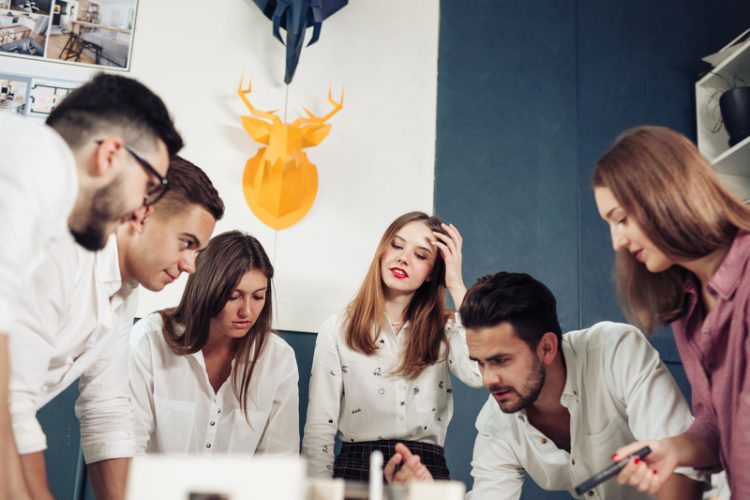 Being a successful manager requires many professional traits – organization, team-working abilities, a strong sense of leadership, the ability to remain cool under stressful situations, and much, much more. Yet one of the most vital traits of all, which can often go overlooked, is the willingness to accept the need for help.

With the responsibility of being a manager, it’s easy to place a great deal of pressure on yourself to constantly be the very best that you can be. After all, with great power comes great responsibility, right? Well, you aren’t web-swinging from rooftops and rescuing children from burning buildings just yet, so maybe you can go a little easy on yourself. Unless you just so happen to have recently been bitten by a radioactive spider, in which case… get swinging.

Or go to a doctor.

The Effects of Poor Management

There should always be somewhere a struggling manager can turn to, whether they’re new to the position or a veteran juggling un-juggle-able jobs (say that three times fast) during an exceptionally busy period. But before we delve into the tools at our disposal to prevent workplaces from falling apart due to poor or insufficient management, let’s take a look at the direct negative impacts caused by it in the first place.

Accept the Help, Avoid the Hell of Mismanagement

Though many of those employed in management positions believe that requiring help or extra support from elsewhere is unprofessional and shows weakness, the truth is that it’s actually a sign of real strength. A wise worker knows that, regardless of their level of responsibilities, growing and learning is vital for career improvement. This is opposed to pretending to be all-knowing from the get-go which, let’s face it, nobody is.

There are many ways to reduce the struggles of management and obtain the necessary support to allow managers to do their jobs with minimal stress. While the options greatly vary depending on the industry or workplace at hand, there is one tool available to all management teams that can greatly reduce the number of unnecessary burdens. Yep, you guessed it; it’s pre-employment assessments.

Pre-employment testing is invaluable for many reasons, but here are just a few to show you what a difference they can make.

Being career driven is a valuable trait, and the desire to prove to the world that you have what it takes is a want many people share. But, as much as we learn from our mistakes, it’s important to be sure that we aren’t making them needlessly. When the options within your reach are available with the purpose of making your job as a manager more manageable, seize them with both hands. You’ll thank yourself later.