Last Christmas I Gave You A Job, And The Very Next Day You Threw It Away...

Last Christmas I Gave You A Job, And The Very Next Day You Threw It Away… 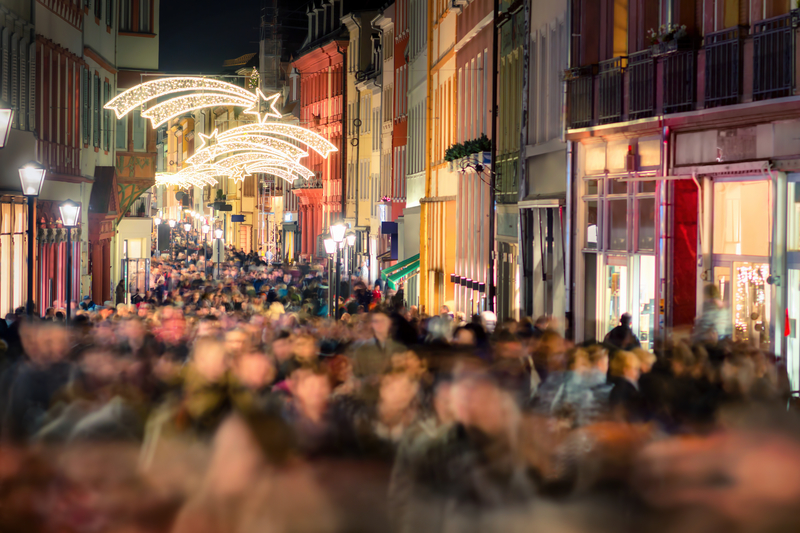 The Christmas season is upon us! And, whilst this is a joyous occasion to most, retail workers and managers may not be quite so eager to hang up their stockings and unpack the tinsel just yet. The holiday season is a notoriously trying time for anyone working in retail for an abundance of reasons; long and busy hours, working overtime, stores crammed from the moment they open to the moment they close, and, of course, staff turnover from those who simply can’t withstand the madness of it all.

While we’ve touched upon the high turnover rates in retail previously, this article will serve as more of a general ‘survival guide’, so to speak. As someone who has worked in seasonal retail positions for many years in the not-too-distant past, I can tell you… it’s no picnic. Here are just a few tips for surviving the seemingly unending blizzards of insatiable customers during Christmas, whether you’re a sales assistant or a manager, a fresh hire or a retail veteran.

This applies to anyone working in retail. If you’re a manager, it’s easy to feel as though your seasonal staff only need to know the basics to get by – they’re only going to be there for a month or two after all. But seasonal staff will be just as swamped with work as everyone else, and repeatedly having to ask for advice will only slow the rest of your team down. And, if you’re a fresh employee, make sure you aren’t afraid to ask your manager for proper help and guidance. While you’re entitled to as much, managers are human too, and they may accidentally overlook your training needs as the days grow busier and queues grow longer.

When the crowds come pouring in and your store’s beautiful displays are put through hell and back by clumsy adults and grappling children, it’s tempting to think a few messy shelves aren’t a big deal. But for many seasonal workers in retail, it’s their first job, and they will learn what they are shown. This is why it’s imperative to lead by example. One or two unorganized shelves can just as easily turn into a shop so messy that even all of Santa’s little elves couldn’t put it back together again – or is that Humpty Dumpty? I digress. Ultimately, the place for letting things slide during Christmas is on the ice rink, not in your standards when tidiness and organization are concerned. Any employee who begins in an environment where low standards are tolerated will likely continue this throughout their retail career, whether it’s at their current position or the next one. It can feel a little overwhelming but keeping on top of the way your store looks and functions can work miracles for your workplace. And what better time for miracles than Christmas!

Have Each Other’s Backs

The importance of this cannot be stressed enough. It’s easy to simply state that Christmas is the most hectic time of the year in retail, but exactly how busy does it really get? Well considering that, in 2013 in the US, Christmas holiday sales reflected a whopping 19.2% of annual sales, and over 768’000 employees were hired for the annual rush (a figure that only seems to be growing)… I’d say it gets pretty gosh darn busy. Under circumstances such as these, there can be no stronger reason to have each other’s backs and grit your teeth through the stress together. It can be tough at times, but the surest way to make it out in one piece is to help one another hold it together, no matter your position or level of authority. The last thing anyone wants during such a time is to feel unsupported, or like they aren’t part of a supportive team of co-workers.

Just Do Your Best

This one is as simple as it sounds. You aren’t flawless, no matter your position, and Christmas is one of those crazy times of the year where mistakes are expected in retail. Things may not run smoothly and consistently, but so long as you’re facing the hordes with a brave smile and a can-do attitude, that’s all that matters. You have what it takes to endure the Christmas madness, so make sure you keep reminding yourself as much!