Explaining The Difference Between Myers-Briggs & The Big Five

Explaining The Difference Between Myers-Briggs & The Big Five

The Myers-Briggs Type Indicator, also known as the MBTI, is a personality assessment developed in the 1940s by Katherine Briggs and Isabel Myers. Based on the theories of psychologist Carl Jung in his written work “Personality Types“, the mother-daughter team built upon Jung’s work and categorized human behavior and personality into 16 distinct groups. 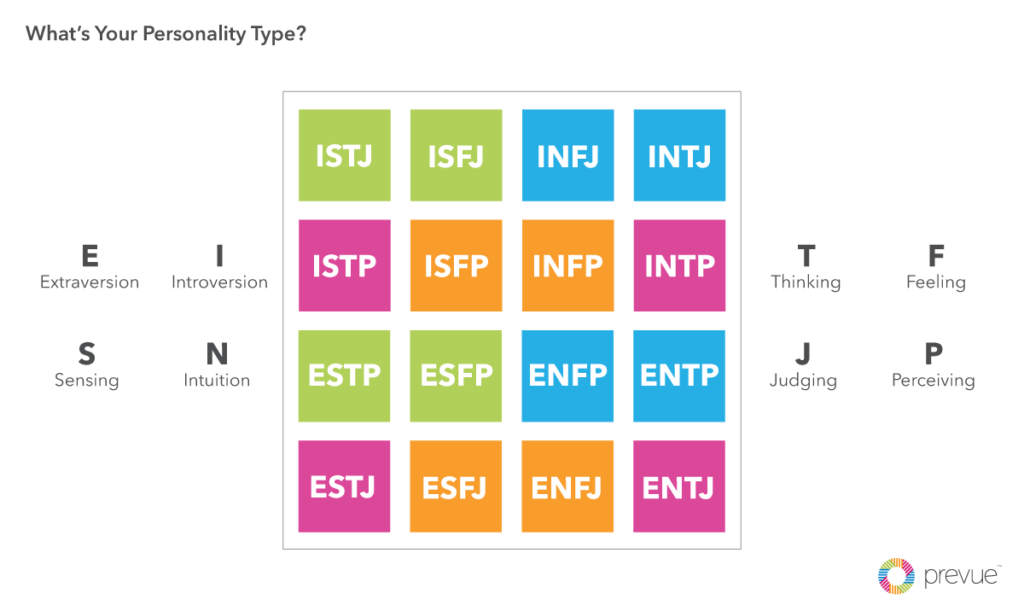 The personality assessment was designed to be introspective (inward reflection by the reader) and accordingly, the language of the report is written in a gentle and flattering tone with no negative feedback. This makes the report easier to share and more openly accepted by more organizations in fear of not offending any test taker.

With a brand that has been marketed as the premier personality test for 70 years and is used in schools and 89 of Fortune 100 companies, we need to ask…

What’s The Science Behind Myers-Briggs?

The two most important aspects to look for in any well-designed assessment is that it is both valid and reliable. Validity looks at whether an instrument or tool measures what it claims to measure. The Myers-Briggs Organization addresses this topic directly and mentions that through many studies over the years, their MBTI is valid in the following three categories:

Reliability, on the other hand, focuses on whether an assessment is designed to reproduce the same or very similar results when it is again administered. This procedure is known as “test-retest reliability”. What’s particularly shocking is that independent research has found as many as 50% of takers of a Myers-Briggs assessment have different results, and are classified into a different type, even if a test-retest interval is as short as five weeks. Likewise, in The Cult of Personality Testing by Annie Murphy Paul, her research finds “as many as three quarters of test takers achieve a different personality type when tested again.”

What to Look Out for in Myers-Briggs?

The main cause for concern is that the MBTI is designed to be binary in nature, meaning that a person is categorized in an “either this or that” position. While it is a nice way of simplifying a complex concept, even Jung admitted that “there is no such thing as a pure extrovert or a pure introvert,” and that “such a man would be in a lunatic asylum.” Instead, rather than looking at personality traits as static, modern practice in psychology is to view personality as a spectrum or in states.

By limiting the results to one or the other, studies have shown that it limits the accuracy of the results and does not allow for proper comparison in situations, such as prediction of job success. Even the Myers-Briggs foundation agrees that “it is not ethical to use the MBTI instrument for hiring or for deciding job assignments” due to the limitations of the test.

Why the Five-Factor Model Instead?

So while the MBTI assessment may be a good method of self-understanding at a particular moment, many in the Occupational Psychology community advises caution in its use and would advise the adoption of the Five-Factor Model instead.

“Some psychologists believe that independent, peer-reviewed research in the decades since the MBTI was devised has provided something better than Myers-Briggs. They champion the notion of the “Big Five” personality traits — openness, conscientiousness, extroversion, agreeableness and neuroticism. Of these, only one trait is closely shared with the MBTI — extroversion. Myers-Briggs does not focus on “neuroticism” or, indeed, any similarly negative trait, which may point to one of the reasons why the criticisms lobbed at the test by modern science have yet to undermine its popularity. As Adam Grant says, ‘Going around telling people that they’re neurotic and disagreeable will not win you any friends.'” (Financial Times)

The Five-Factor Model, also called the Big Five, is a personality testing framework that measures openness, conscientiousness, extroversion, agreeableness, and neuroticism. Addressing issues of volatility, the results are based on a spectrum rather than limited binaries – one of the major pitfalls of the MBTI. Further research from a study by Barrett and Pietromonaco shows that the Five-Factor Model “captures some real attributes of the individual that are expressed as patterns of perception in the context of people’s daily lives.” This allows for the model to be used in job-fit testing and as a comparison between two or more candidates.

Where Does Prevue Fit Into All This?

Prevue’s Personality Assessments are based on the Five-Factor Model, with additional options for assessing a candidate’s aptitude and motivations. Prevue overcomes the “binary issue” by using a score range from 1 to 10, relative to the results of large samples of the general working population. By measuring the personality traits using sten scores (an abbreviation of standard ten), benchmarked positions based on past and current high performers can be compared to scales on a spectrum that influence likelihood of success in a job position.